Murdered by Midnight Board Game Released 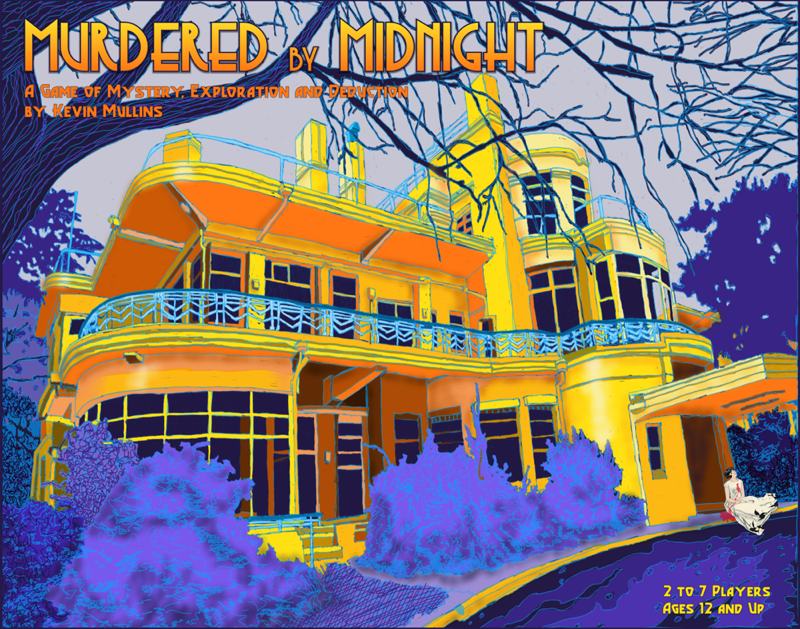 We are happy to announce that our first physical board game, Murdered by Midnight has just been published. The game is available exclusively from The Game Crafters. Click here and order your copy today!

The game is for 2 to 7 players, with one player acting as the Author that runs the game by controlling the story and the non-player characters using the included Murder Cases Books. The game unfolds by selecting a case (or generating a new one with our free online tools), the details of which are revealed during gameplay allowing the other players to deduce the murderer, murder weapon, motive and time of death thus winning the game.

Murders Volume I & II: Contains the initial set of murders that the players can solve during the game.

The story takes place in the 1920’s in a fabulous Art Deco mansion, Briarwood Manor. The owners have gathered six world famous detectives and several of their friends and family to throw a “murder party”, where they’ll stage a mock murder for the detectives to solve as entertainment… as was all the rage in the 20’s.

A closeup view of a game unfolding.

Unfortunately, things get all too real when someone commits an actual murder before the party gets started. Not including the detectives, there are 25 people at the manor during the time of the murder, this includes staff, family members and friends. Considering that the person who found the body is not the murderer, there are 22 possible suspects for the crime. Can you follow the clues and bring the guilty to justice before time runs out?

After the initial pregame setup by the Author, the game plays out in four easy to learn steps:

Each of these steps break down into eight possible actions that a player can take during a turn:

From these simple rules, subtle and complex strategies emerge, making Murdered by Midnighteasy to learn, but difficult to master.

Murdered by Midnight features beautiful, period-specific graphics and fonts designed to invoke the Art Deco feel and draw the player into the game’s environment.

Additionally, each non-player character includes a unique portrait and mini biography to help tell the story and make the player’s feel like they are staring in their own murder mystery novel. 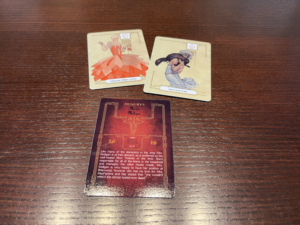 Contains detailed information about the characters.

When you’ve played through all of the scenarios provided by those books, and you’re looking for a little more excitement, you can use our online Murder Maker to generate new scenarios to play through. There are 483,000 possible outcomes just waiting to be explored!

Before a game starts, the Author can visit this page and cook up a new adventure by clicking the Generate button. Once a case is created, it can either be printed out for use during a game or viewed on a mobile device during gameplay. The choice is up to you!

Typically in a game of Murdered by Midnight, one player will act as the Author who controls the game and reveals results to the other players during gameplay. If all players want to act as detectives, you can use the AuthorBot to control the game.

Simply start a new game by clicking the New Game button. Then use the other controls such as Search Location or At Location when playing the game.

For complete details, please checkout Murdered by Midnight on our website or click here to order directly from The Game Crafters.