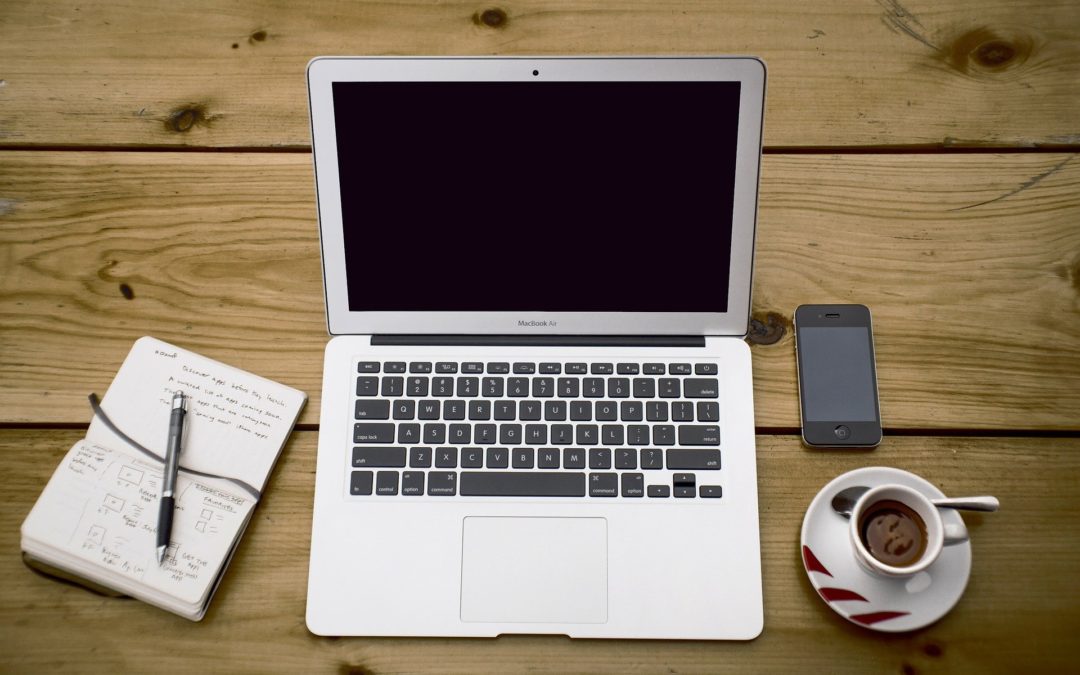 NOTE: This article is an update and replacement of our original Building Cross-Platform Universal Frameworks using Swift article using the latest version of Swift and the Swift Package Manager.

In the time since the original article was written, Apple has made several improvements to the process that make it much easier to create a shareable Framework, Library, API or SDK that can support iOS, iPadOS, tvOS, watchOS and/or macOS.

As I said in the original articles, there are several ways to achieve this goal with Swift in Xcode and there have been many articles already written on this subject. Mine is not the only way to achieve this goal and it might not be the best way but, it works for me. Hopefully, you can find my process useful as well.

Additionally, I found much of the information for this article scattered throughout the internet, so another point of this article is to pull it all together in one place. I’ll give credit and link back to the original source articles, so you can look at different ways of structuring your projects to fit your own needs.

Part one contains the following sections:

One of the biggest changes to the process is the maturity of the Swift Package Manager (SPM) and its full inclusion into Xcode. By creating a SPM Package, much of the complexity of setting up the Framework project is removed. I also find SPM Packages to be much easier to consume.

Additionally, SPM Packages are versioned making it easy for a developer consuming a package to see its existing version and update to the latest version, as new versions become available.

What is the Swift Package Manager?

Swift packages are reusable components of Swift, Objective-C, Objective-C++, C, or C++ code that developers can use in their projects. They bundle source files, binaries, and resources in a way that’s easy to use in your app’s project.

Xcode supports creating and publishing Swift packages, as well as adding, removing, and managing package dependencies. Its support for Swift packages is built on top of the open source Swift Package Manager project.

Why Should I use the Swift Package Manager over Another Dependency Manager?

So, at this point, you might be wondering why to use SPM over (or in addition to) another, more mature Dependency Manager such as CocoaPods or Carthage?

For me it comes down to two points:

Your milage may vary, as I said at the start of the article, this is the way I like to share code across projects, so it might not be a perfect fit for you.

Now that we have the basics of what the Swift Package Manager and Swift Packages are out of the way, let’s get started creating a Swift Package for a reusable Siri Shortcut Button that can be added to a iOS or iPadOS app that allow the user to manage a Shortcut for a feature of the app.

NOTE: At the time of the writing of this article, I’m using the Beta version of Xcode 13 and Swift 5.5 since it won’t be long before these versions are officially released by Apple. If you are using a slightly older version of Xcode or Swift, the process is nearly identical. 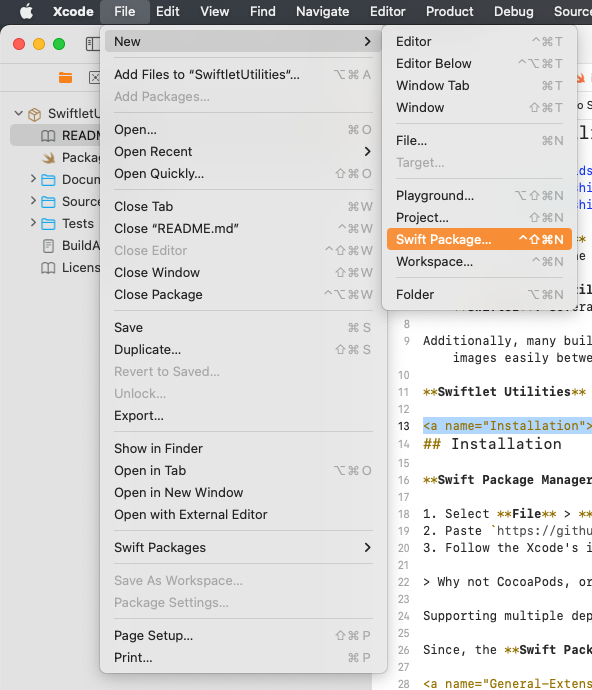 Next, select the location to build the package, enter the package name and click the Create button: 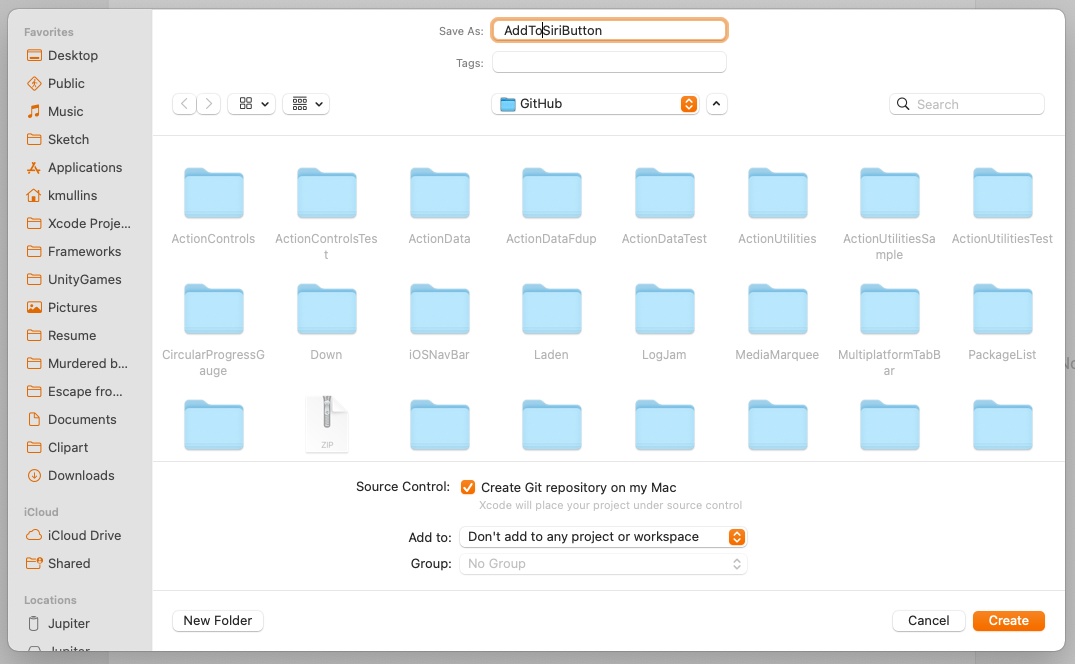 For our purposes, we’ll leave all of the options are their default values.

After the package is created, you’ll end up with the following structure: 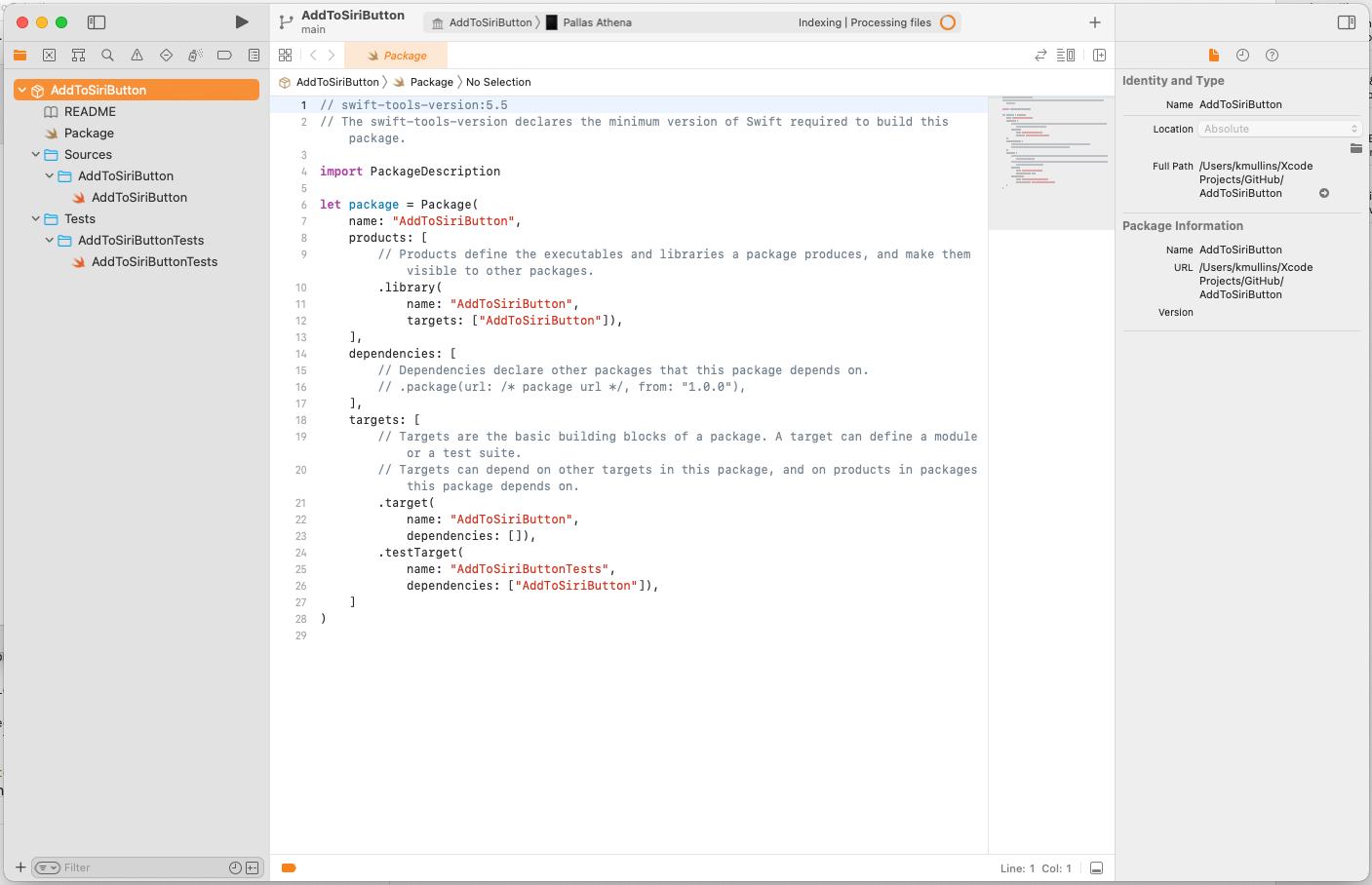 Here’s what was created:

For the Frameworks that I create, I also like to add the following: 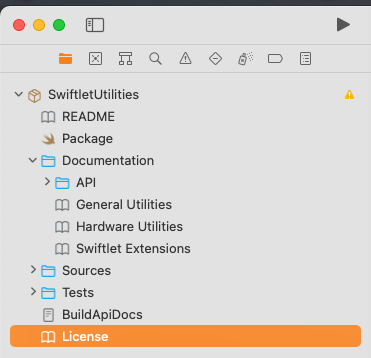 I’ll be covering these additions in greater detail below and in later parts of the series.

This is a very important step for Frameworks that you will be releasing to other developer’s outside of your organization, as it tells the developer how your Framework can be used and any legal implications that will come from including your Framework in their project.

For example, if you are going to be releasing the Framework for free, the MIT License is a great option. Here’s the text from the one we use at Appracatappra:

As I stated above, the Package file defines the Swift Package, its contents, the OSes it supports and any dependencies that the package might have.

For our example, here’s what the Package file looks like after it’s been created by Xcode:

We’ll be making a few additions and modifications to this file for our example Framework below.

Define What OSes can Consume our Framework

First, let’s set the which OSes (and their versions) can consume our Framework. Our example Framework will only be available for iOS and iPadOS, so will add the following line just before the products line above:

This line says that the library can be used in any app targeting iOS (or iPadOS) version 14.0 and greater. If our Framework could be used on all of Apple’s OSes, we would have added a line that looks like the following:

If the Framework that you are creating relies on any other packages to work, you’ll modify the dependencies section of the Package file to let the Swift Package Manager know that it will need to include these packages as well when your Framework is added to a project.

Our example Framework doesn’t have any dependencies so we’ll be leaving this section as-is.

For an example of what a decency looks like, here’s the section from our SwiftletData package that relies on our SwiftletUtilities package:

It tells the SPM where to find the dependent package and the minimal version of the package required.

Defining the Files to Include in Your Framework

Lastly, we will need to define what needs to be included in the project and optionally, what notto include. For most Framework projects, you’ll not need to adjust this section.

Since we are include API documentation build with Jazzy, we’ll need to tell the SPM not to include those files in the resulting Swift Package.

Add the following to the targets section to tell the SPM to ignore anything in our Documentation directory:

The addition of exclude:["Documentation"] at the end of our .target definition accomplishes the desired task.

These changes and additions should cover most of your Frameworks needs. However, this just scratches the surface of what a Swift Package can do. For more information, please see Swift.org‘s Package Manager documentation.

Adding code to Your Framework

With all of the setup out of the way, we can add the source code (and any supporting content) that provides the functionality of our Framework. The example that we are building here allows us to create an Add To Siri Shortcut button to use in a SwiftUI project.

NOTE: At the time of the writing of this article, Apple hasn’t provided a built-in way to add the button to SwiftUI, so this library creates a wrapper around the UIKit button. It’s based on code that came from this Reddit thread.

For our Framework, delete the AddToSiriButton Swift file that Xcode automatically added to the project and add a new SiriButtonView Swift file with the following code:

Now add a SiriShortcutViewController Swift file to the project with the following code:

The code and files that you’ll be adding will be dependent on the Framework that you are creating. The two files above are just a functional example.

Adding Unit Tests to Your Framework

Unit testing is an important part of ensuring that your Framework performs as designed and that future modifications perform as expected without breaking existing functionality.

For our example Framework, open up the AddToSiriButtonTests Swift file and change it to the following:

For our example, we are just ensuring that a SiriButtonView can be created. For a real Framework, a deeper level of tests should be performed.

With all of the code and test in place, you should now be able to successfully build your Framework for all of OSes that it supports.

The third part of the series, Releasing and Versioning Your Swift Package, will cover to step to release your Swift Package on GitHub and how to set and maintain the version of the Framework.